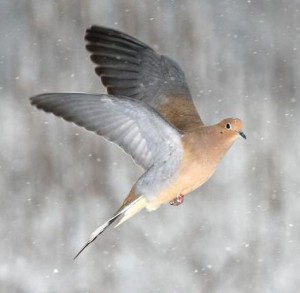 Bowhunting doves may seem impossible, but the sheer number of opportunities make it one of the best birds to try take on the wing.  Doves are very fast flyers, and taking one down while pass shooting is very very difficult, but when you put the right plan together, you can shoot enough to feed a smallish human if they are not too hungry.

Bowhunting doves in the evening means sitting near water.  A water hole they visit just before dark is a great bet.  The best waterholes have a ring of dirt around them with very little vegetation near the water.  You need to set your decoy high enough for approaching birds to see it from a distance.  A Small hill may do the trick, or you may use a piece of a dead tree to position the decoy.  Approaching doves need to see the decoy from a distance to alter their course and play the wind if they are to land by your decoy. 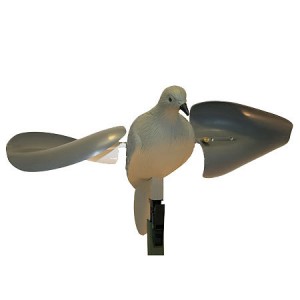