Home » Uncategorized » Snaro for the Kids

If you want to keep your kids happy, and get them away from the computer or video games go to Snaro.net. As a kid I hunted everything with my bow and arrow, from cottontail rabbits, grouse, gray squirrel, and even ducks.  When not hunting (and when chores were done) my brothers and I were in the back yard shooting our bows, and, intrigued by the flight of the arrow we would shoot for hours on end. Looking back, I wish I would have owned a Snaro. For the broad range of small game I was hunting a Snaro would certainly have served as my universal small game point.

Growing up in rural America in the early seventies with literally thousands of acres of land I could hunt outside my back door a Snaro would have saved me countless hours searching for a lost arrow and would have put a lot more critters in the game bag to bring home for supper. 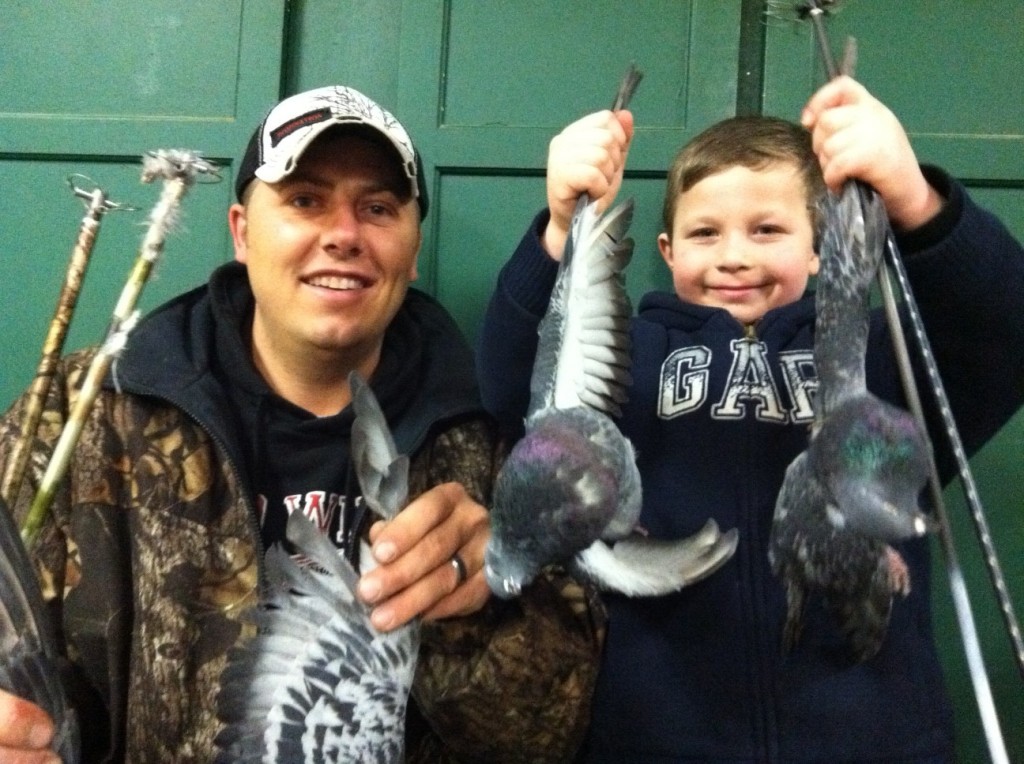 Birds with a bow and arrow

Now I have kids of my own who have access to video games and the TV but most weekends they just enjoy chasing small game with their bows. I make sure they have a Snaro in the arrow. Arrows aren’t cheap, and rarely is an arrow lost using a Snaro.  I have watched their confidence levels soar with successful kills on the same sorts of small game I chased over 30 years ago. With a Snaro they are honing their stalking and hunting skills, and the Snaro keeps them in the woods with their bows.