Byron Ferguson I am not, but I still manage to take some birds on the wing each year with my bow. I used to watch videos of Byron shooting aerial targets with his bow in awe, and in fact I still do…but it inspired me to try a few aerial targets myself just to see what I could do. As I shot at more and more aerial targets I found myself getting closer and closer to the targets.  Close enough that I started to think hits on chukar partridge and pheasant on the wing were possible. 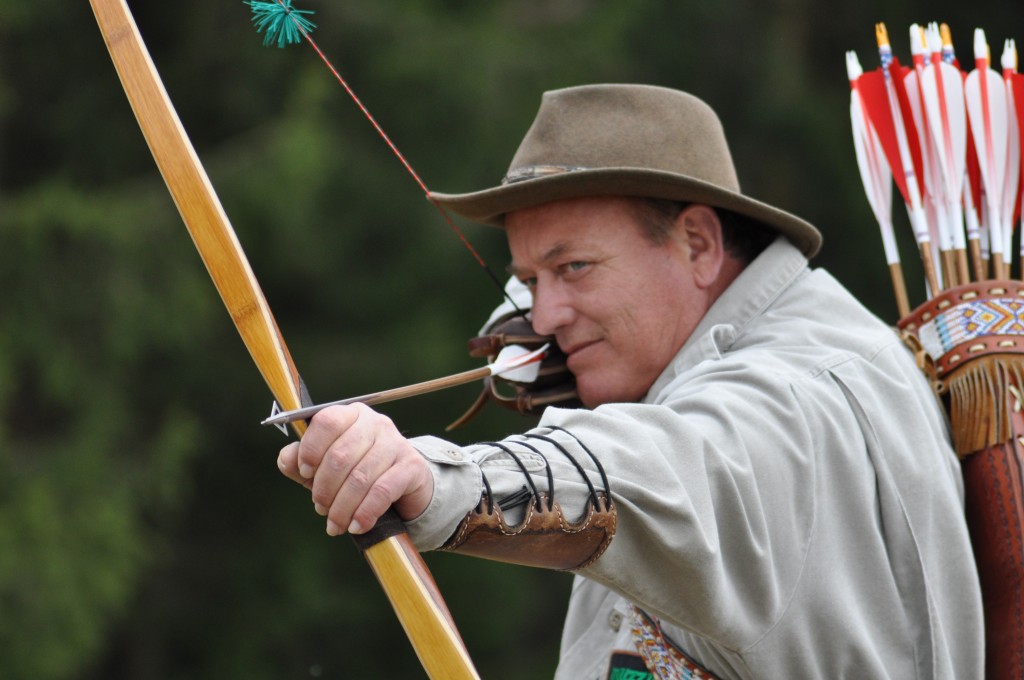 Byron Ferguson doesn’t use a Snaro in his shooting demonstrations, but with a Snaro on the end of a Johnny Flu-flu sometimes I feel like Byron Ferguson when I’m shooting aerial targets. The Snaro offers me those extra few inches for a margin of error, and it is surprising how much I have improved after practicing with them. I started out with a 6″ Snaro on targets thrown straight away, and after a few months of fun practice, I’m down to a 3″ Snaro and I’m actually hitting crossing targets with my bow.

Maybe Byron Ferguson would laugh at me for using a Snaro, and that’s fine. I am having tons of fun, it keeps me shooting my bow all year, helps my shooting skills and puts a few birds in the game bag. Shooting with a Snaro I don’t have to worry about losing arrows. The Snaro is almost indestructible, and shooting aerial targets is a blast when shooting with family and friends.